Sadly, yesterday's 'Crust Conductor Closing Party' (CCCP) called to an end the symbiotic union between the Pizza Bus and the Brick Brewery where it has been parked for the last few months.  We traipsed along to snare a table on the top deck and sampled four of their finest slices. It's fun, it's easy, it makes us think that being a Pizza Bus Conductor is a seriously viable career option.  The Crust Conductor is making most of the summer: he will be seen dishing out pizza and music at a bunch of music festivals (including Glastonbury), I've been told. 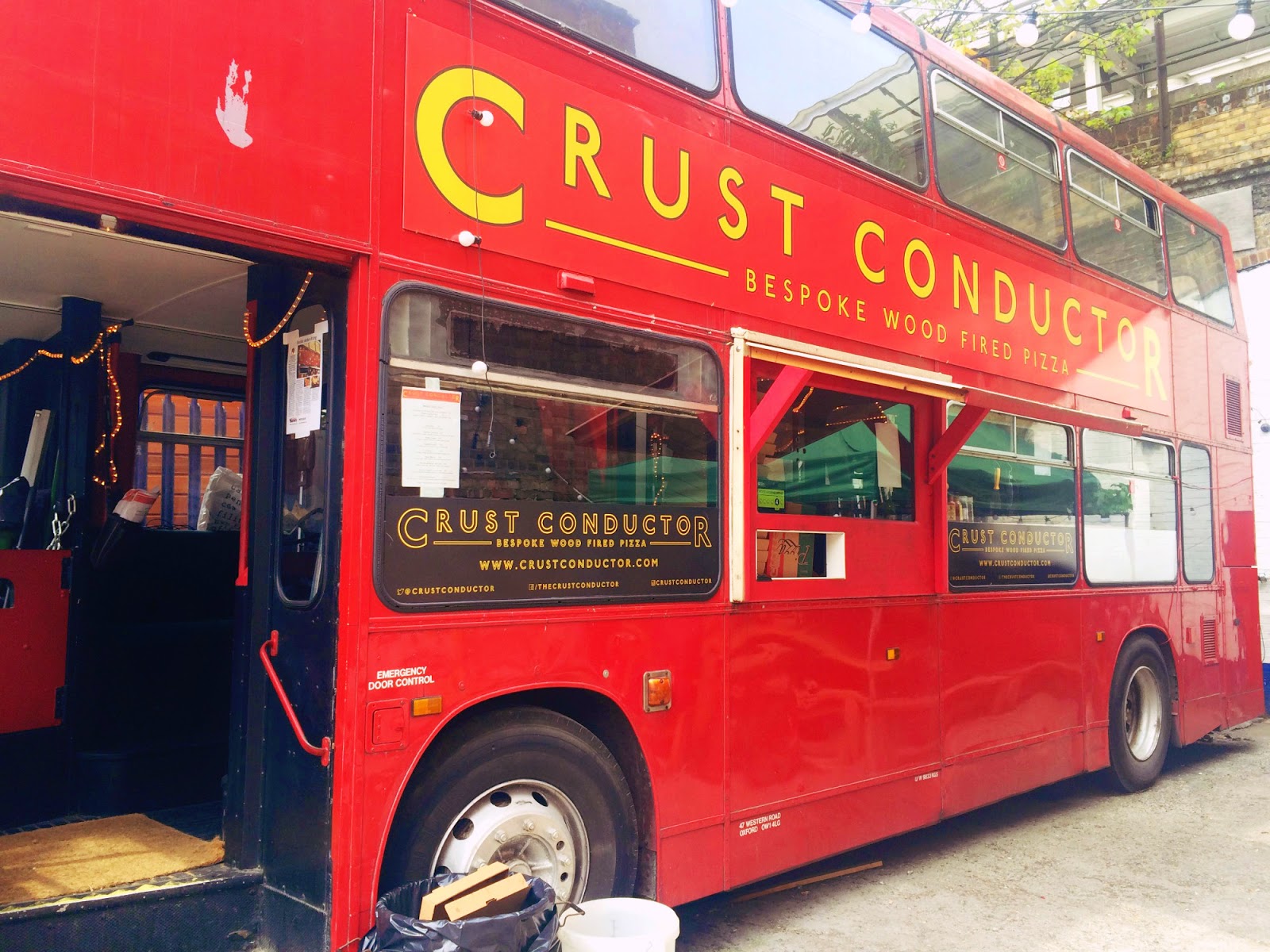 Somehow pizza tastes better when you're eating it on a double decker bus. My friend chose his namesake, the Peckham Princess, as it matched his super spicy, reggae-rollin' attitude. Jerk sauce, jerk chicken, green mango and jalapeños. 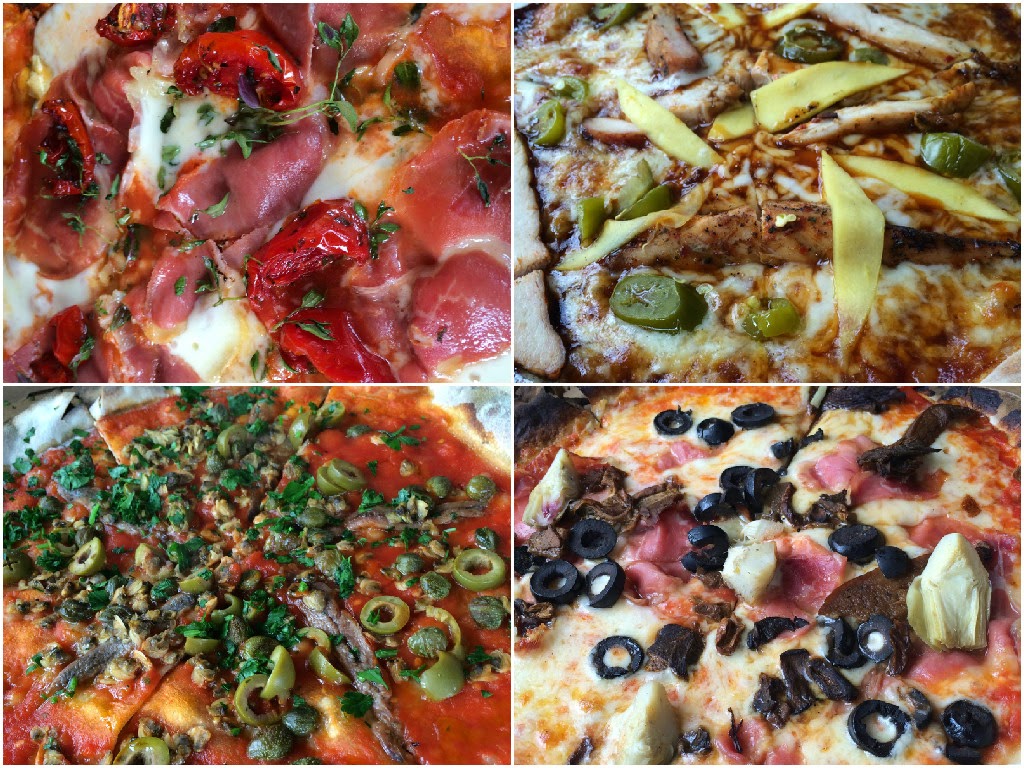 In the absence of its current parking spot next to the brewery, you should be pleased to find that The Crust Conductor comes the Gowlett Arms in Peckham, the original home of their pizzas.
Posted by Unknown at 08:08